ON THE ALTARS OF VANITY 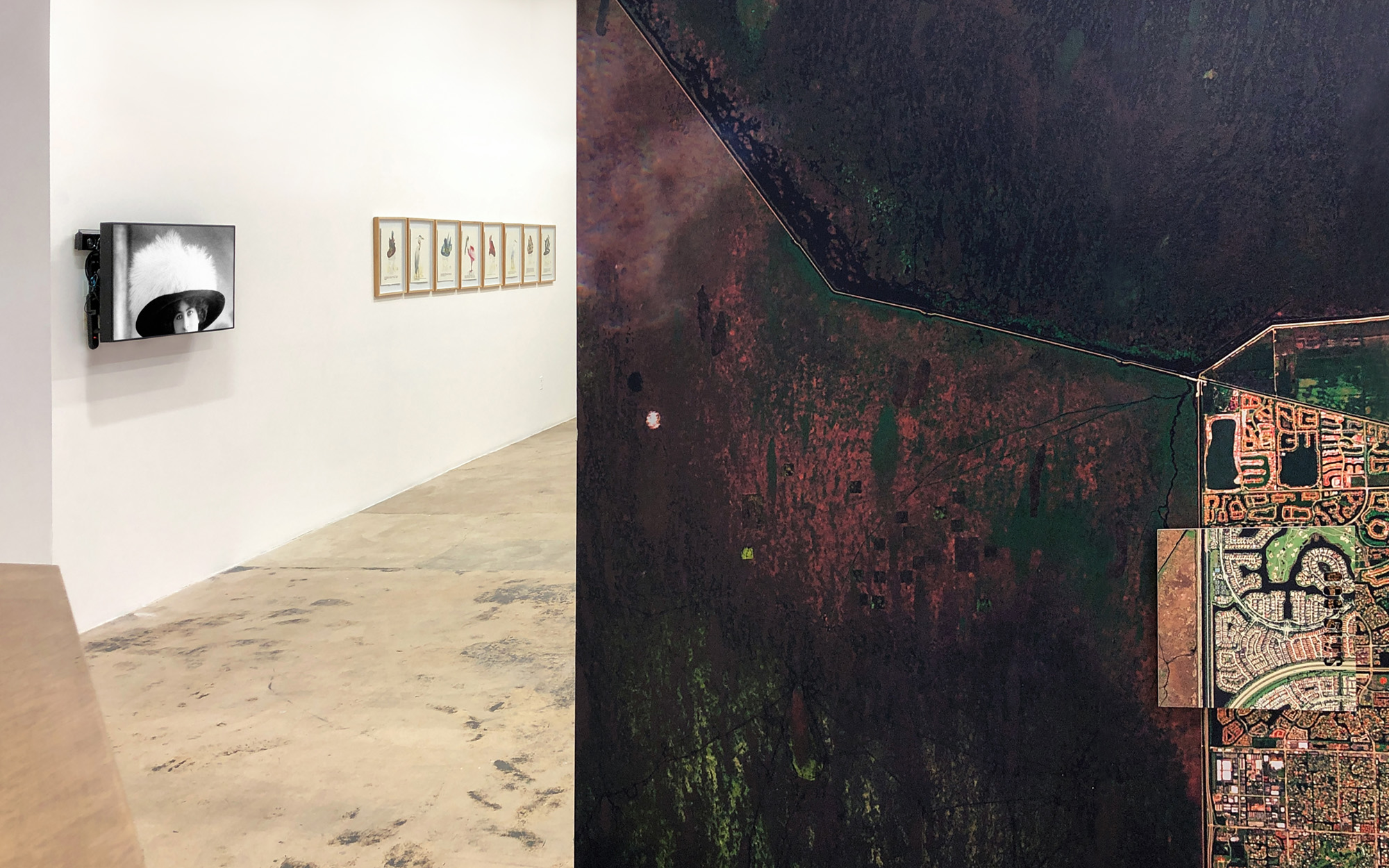 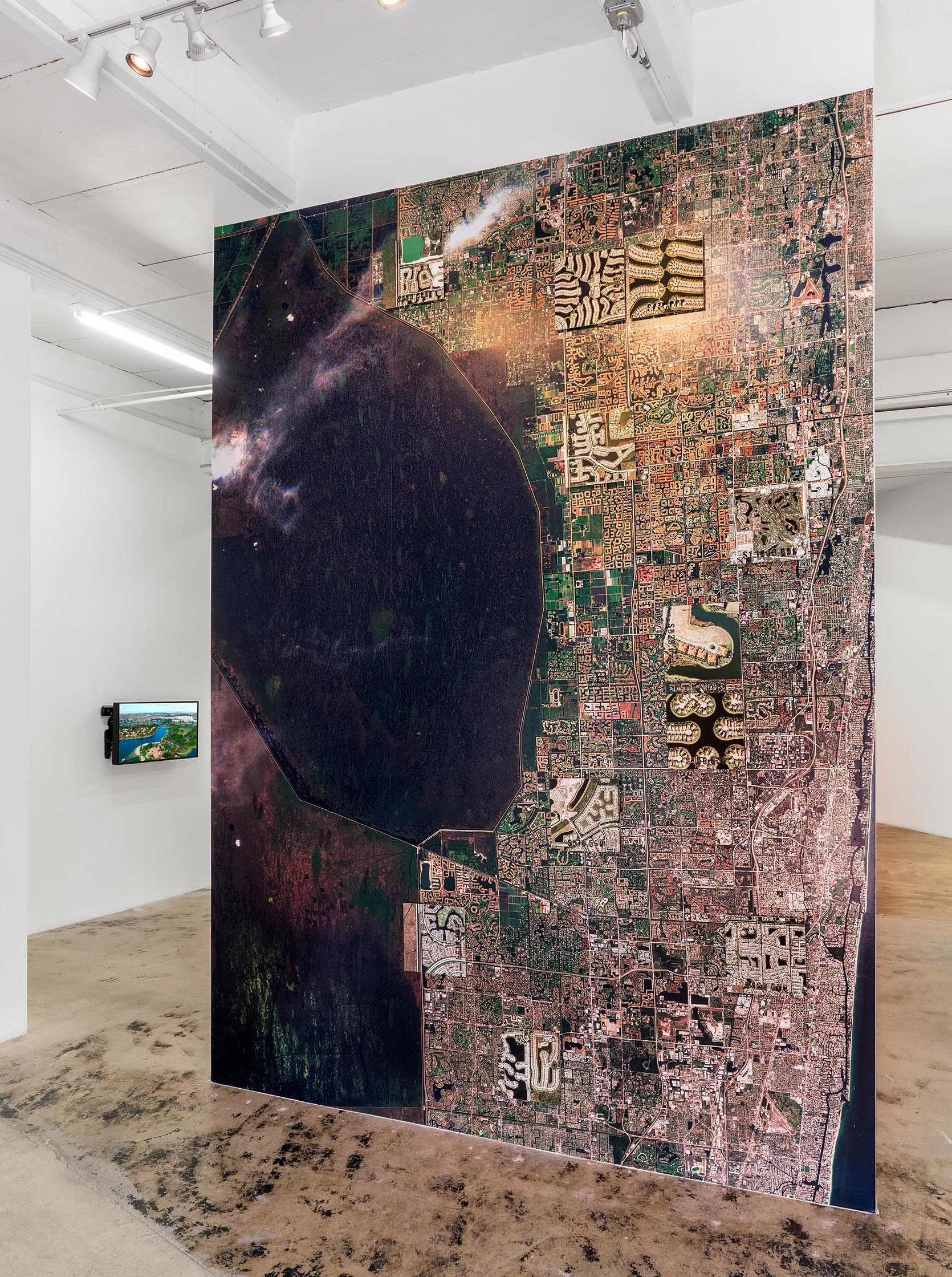 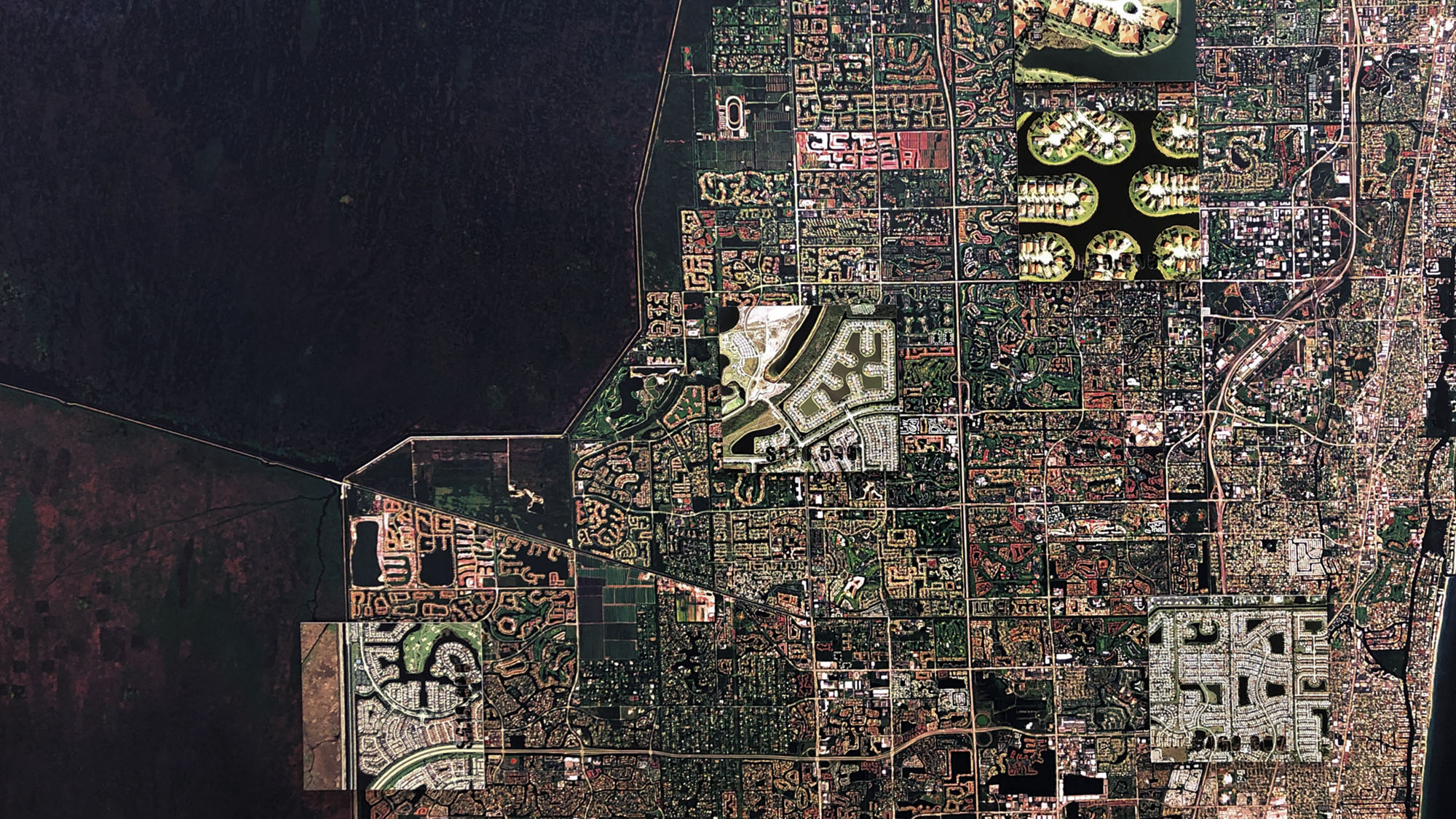 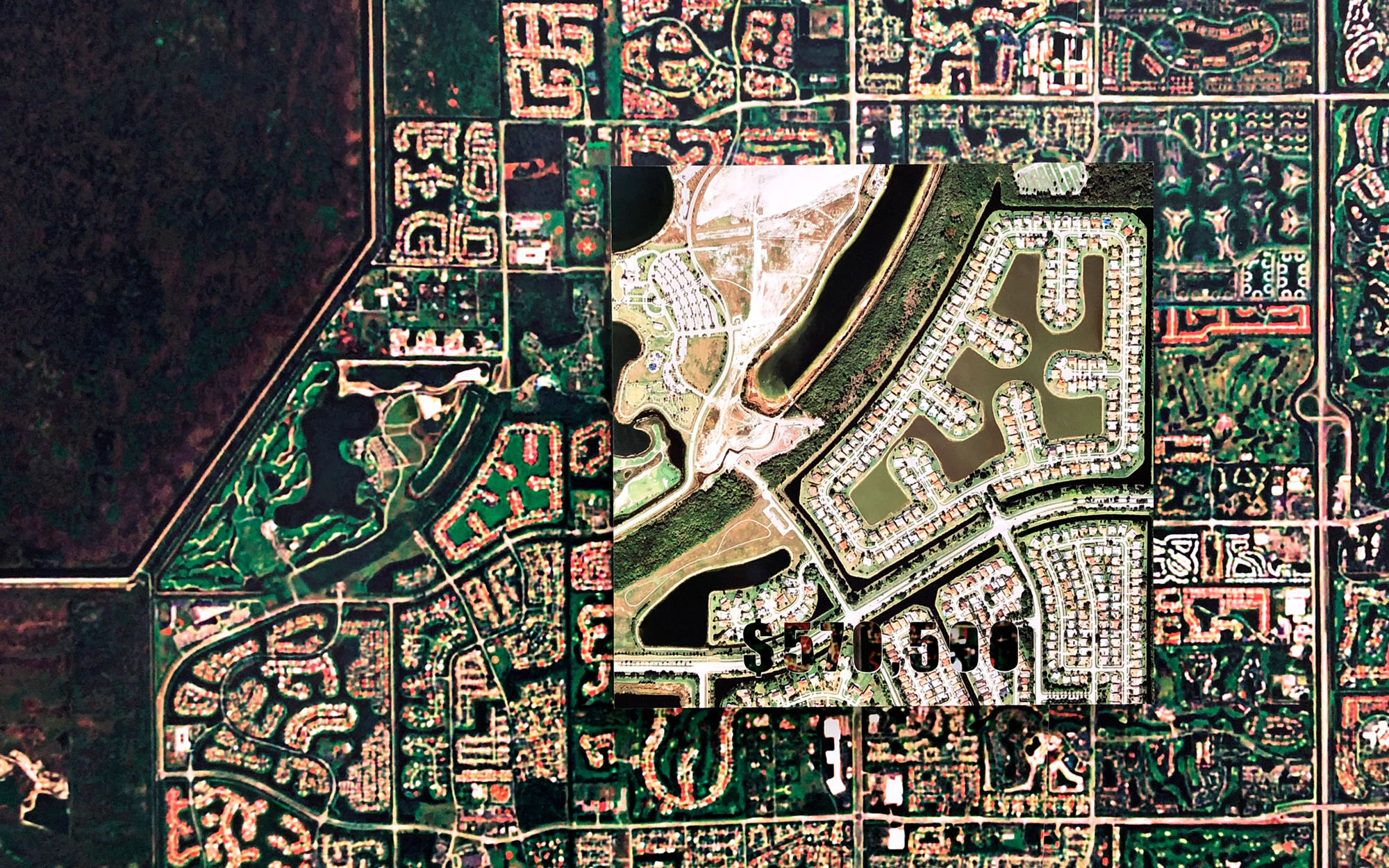 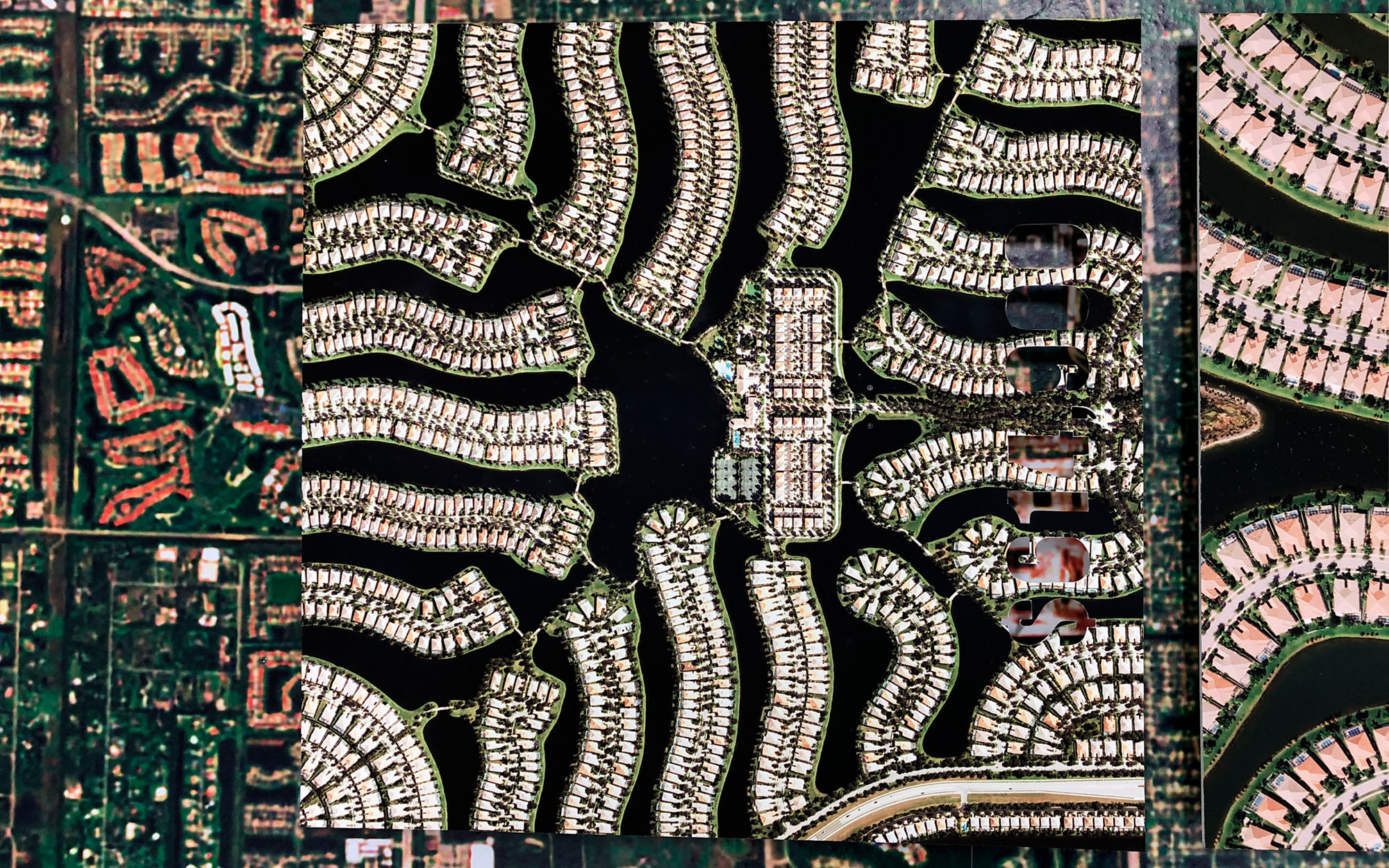 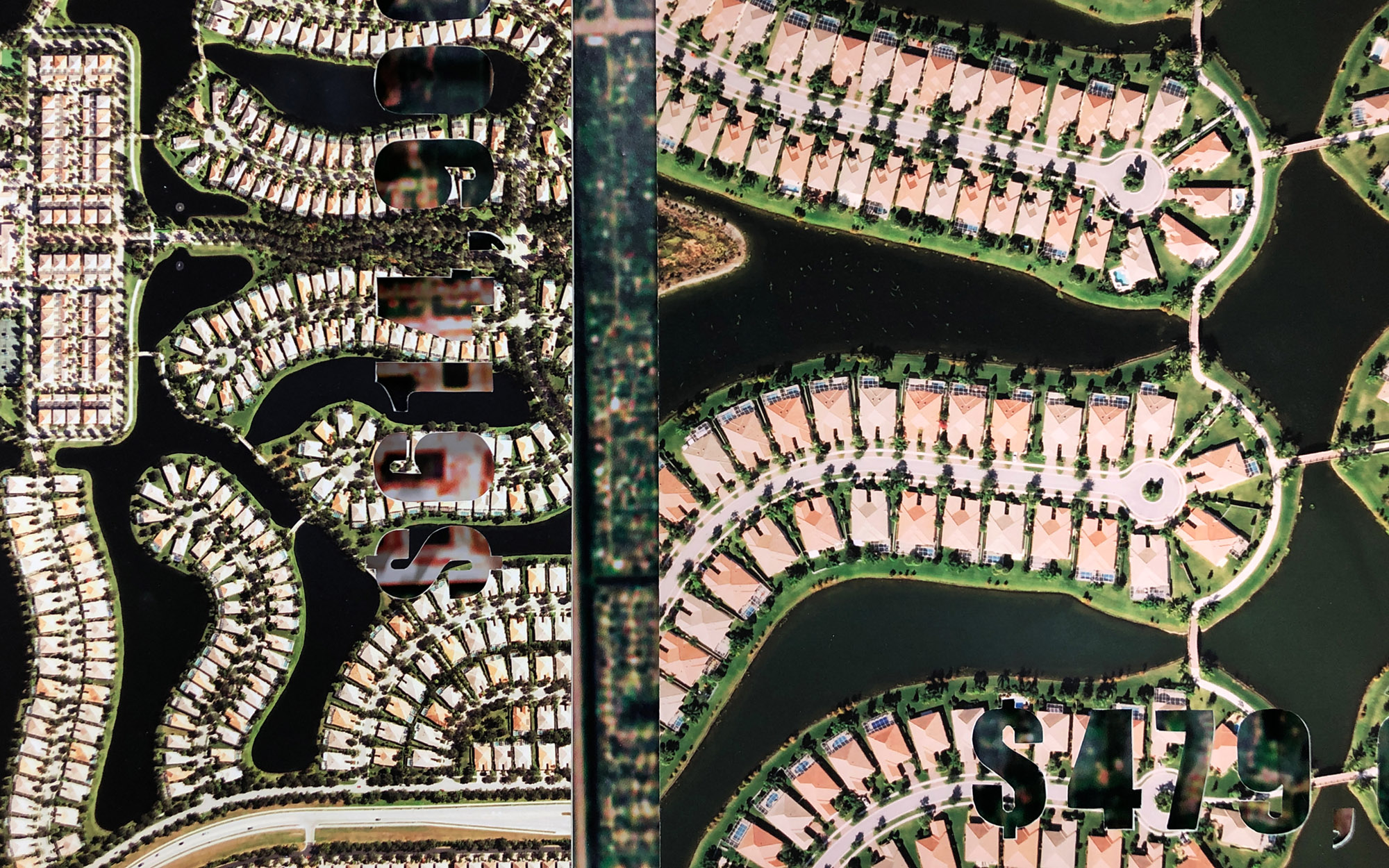 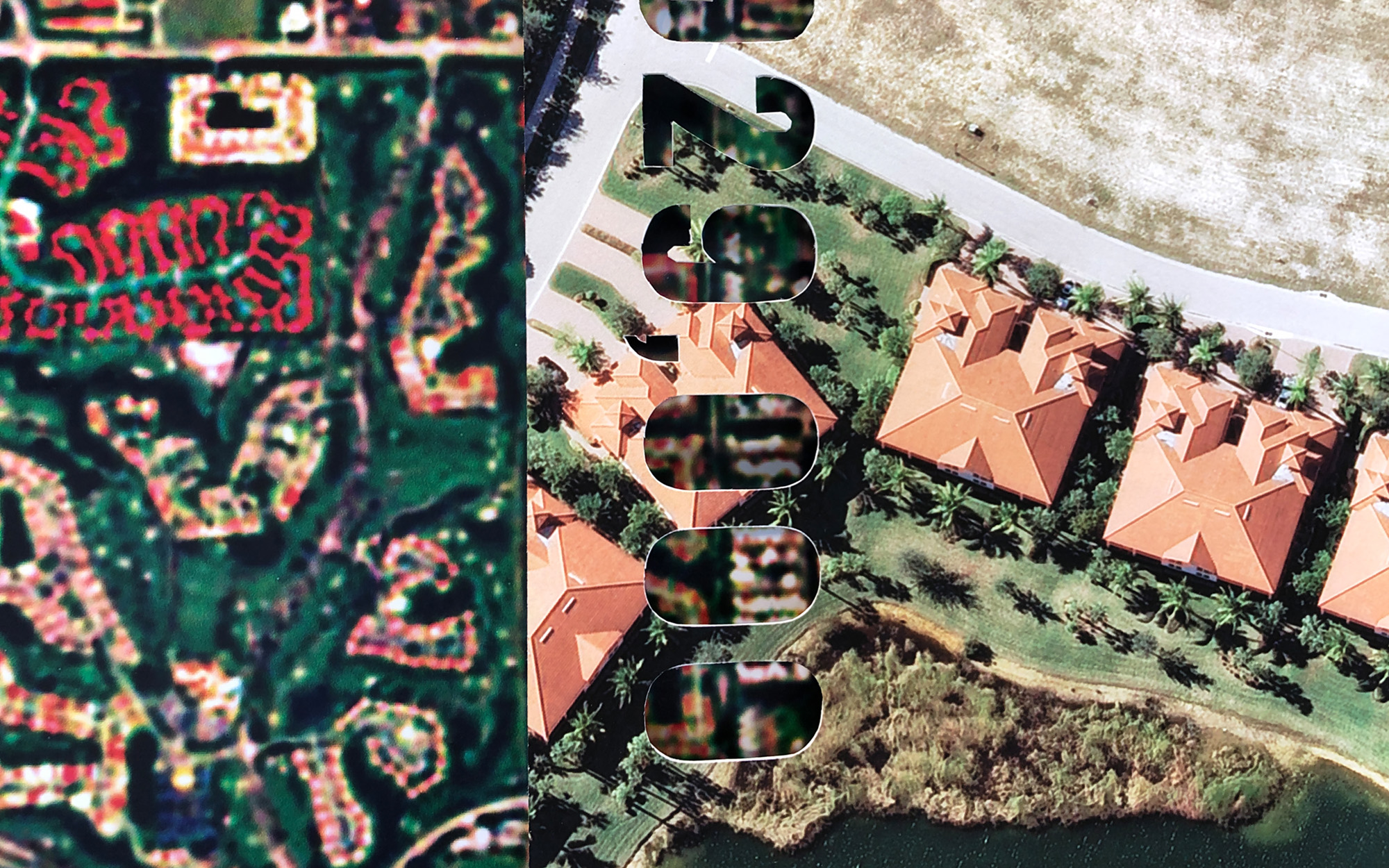 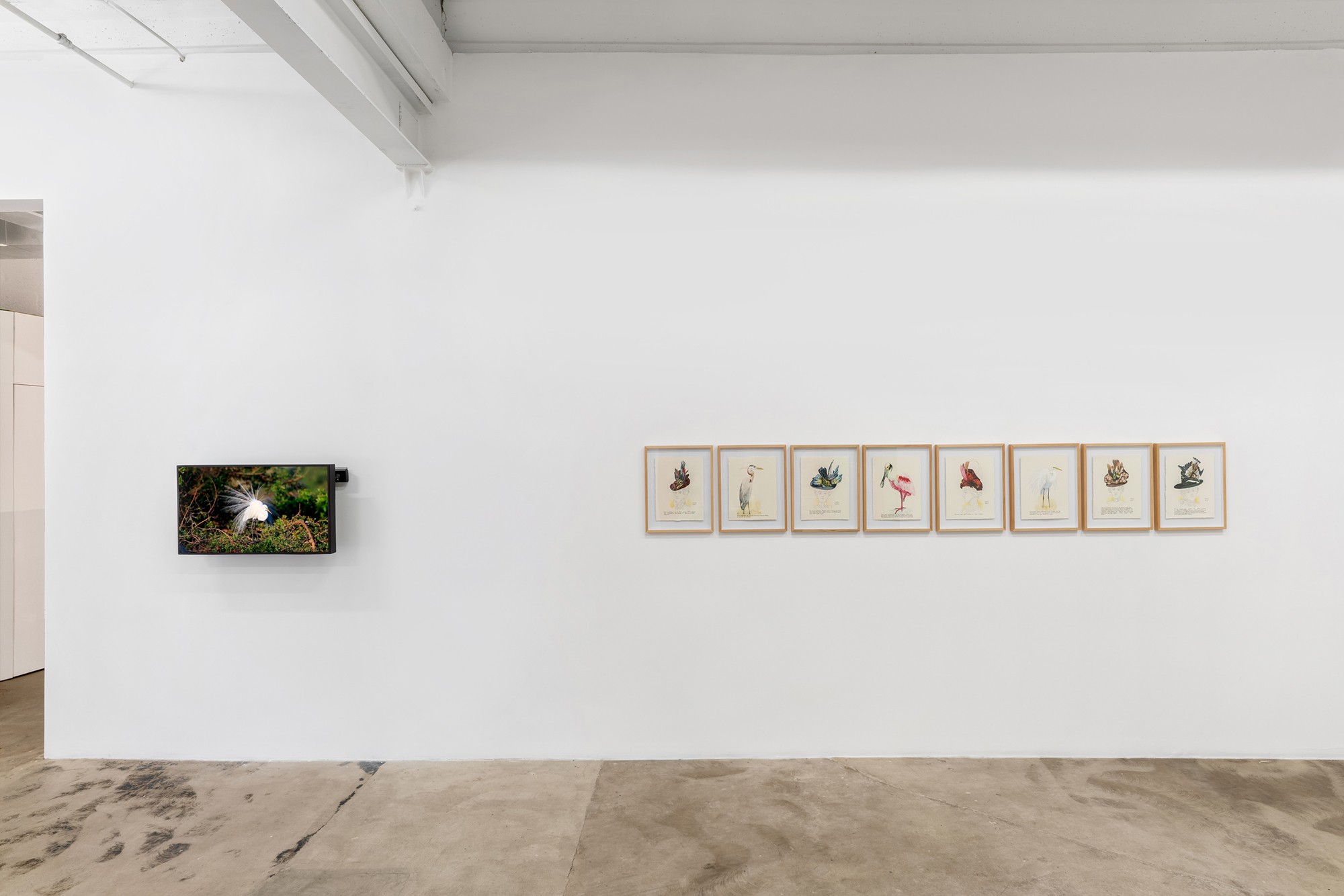 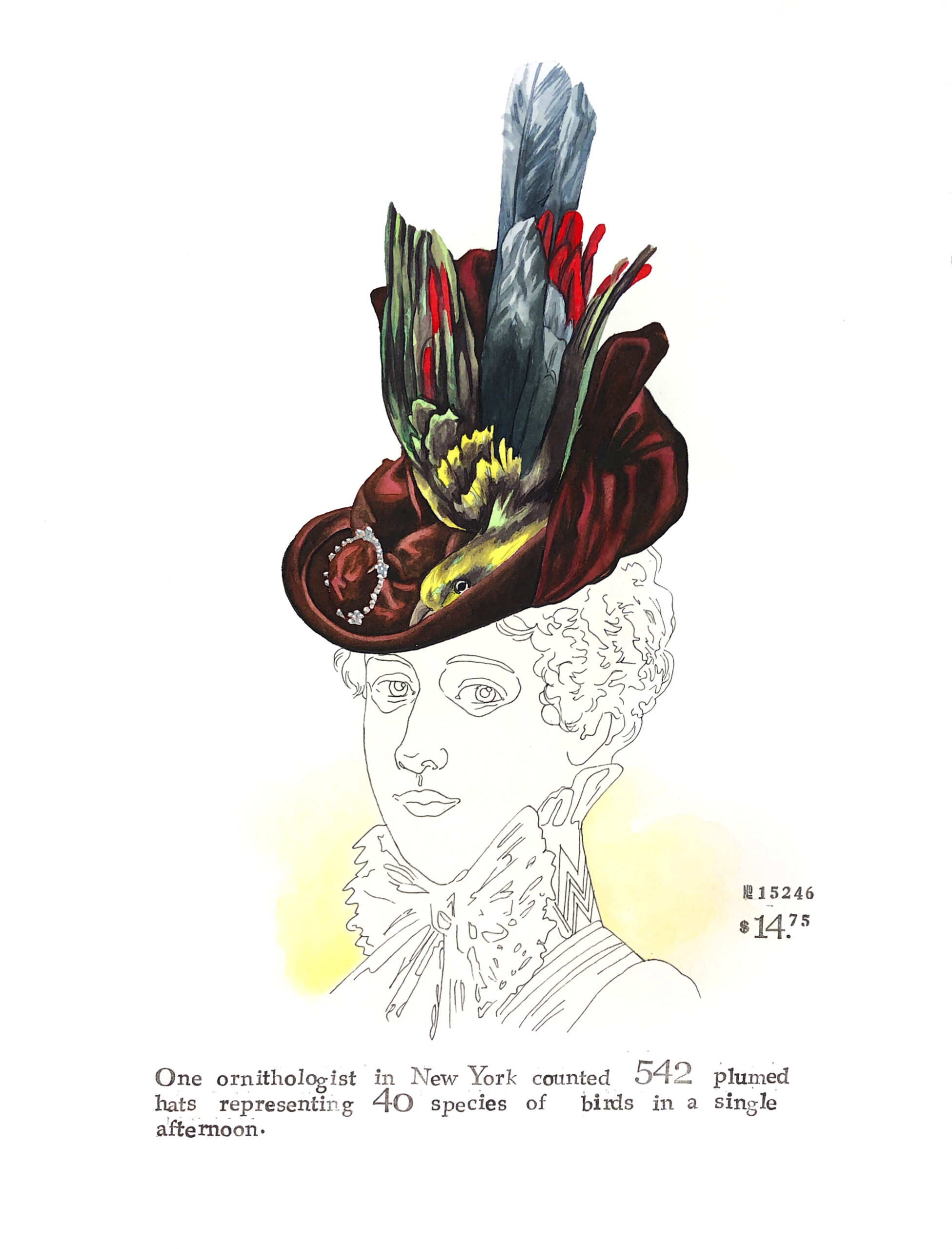 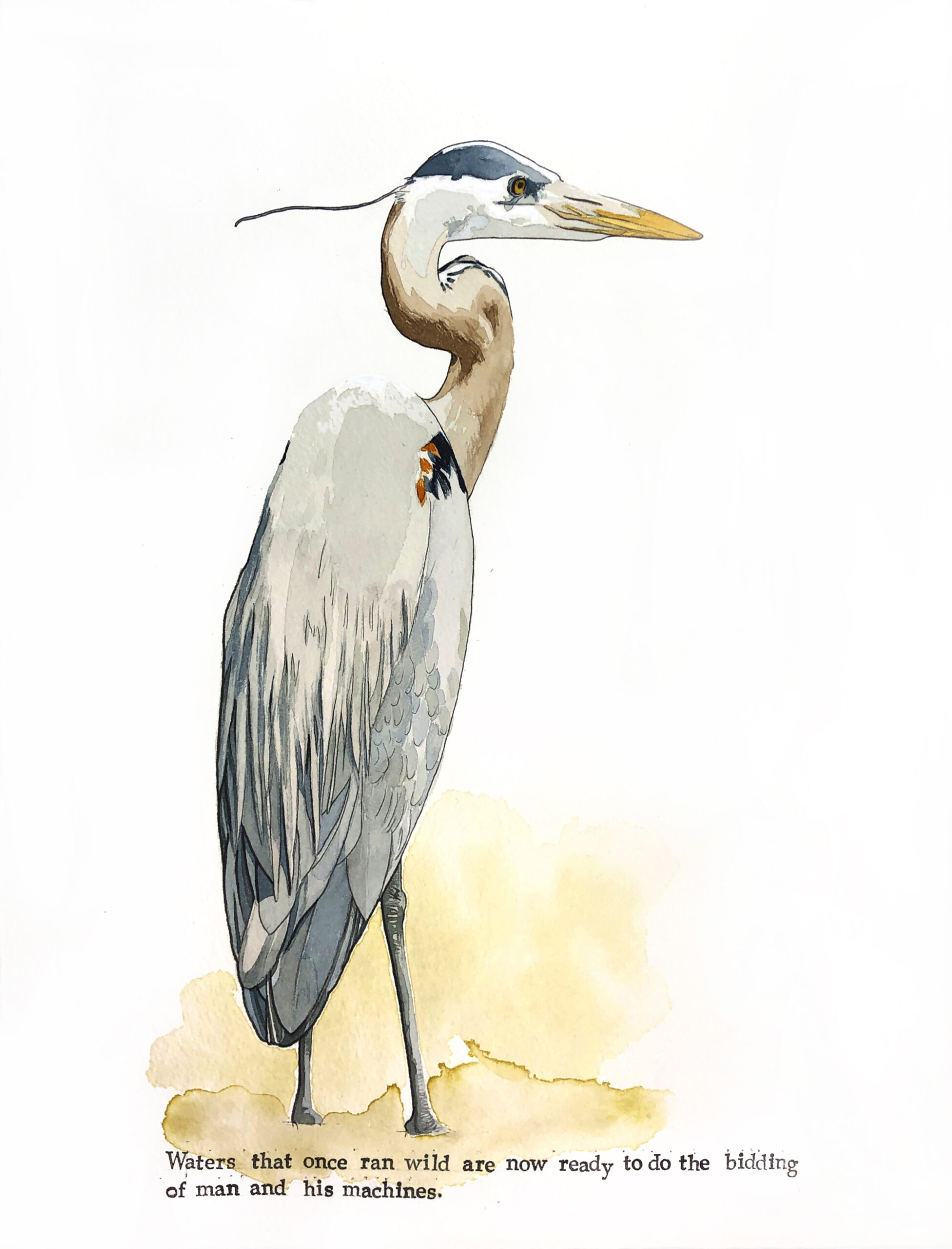 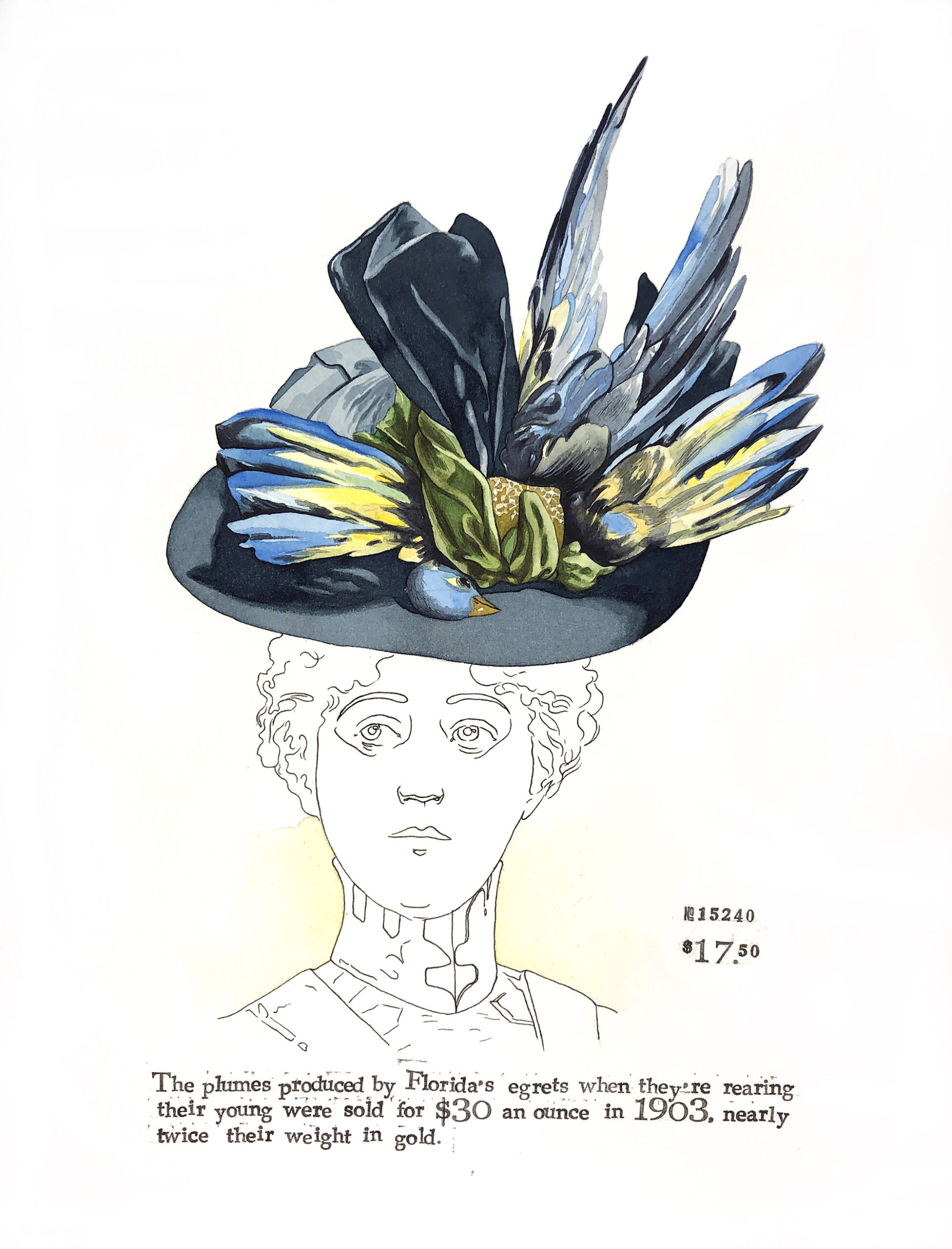 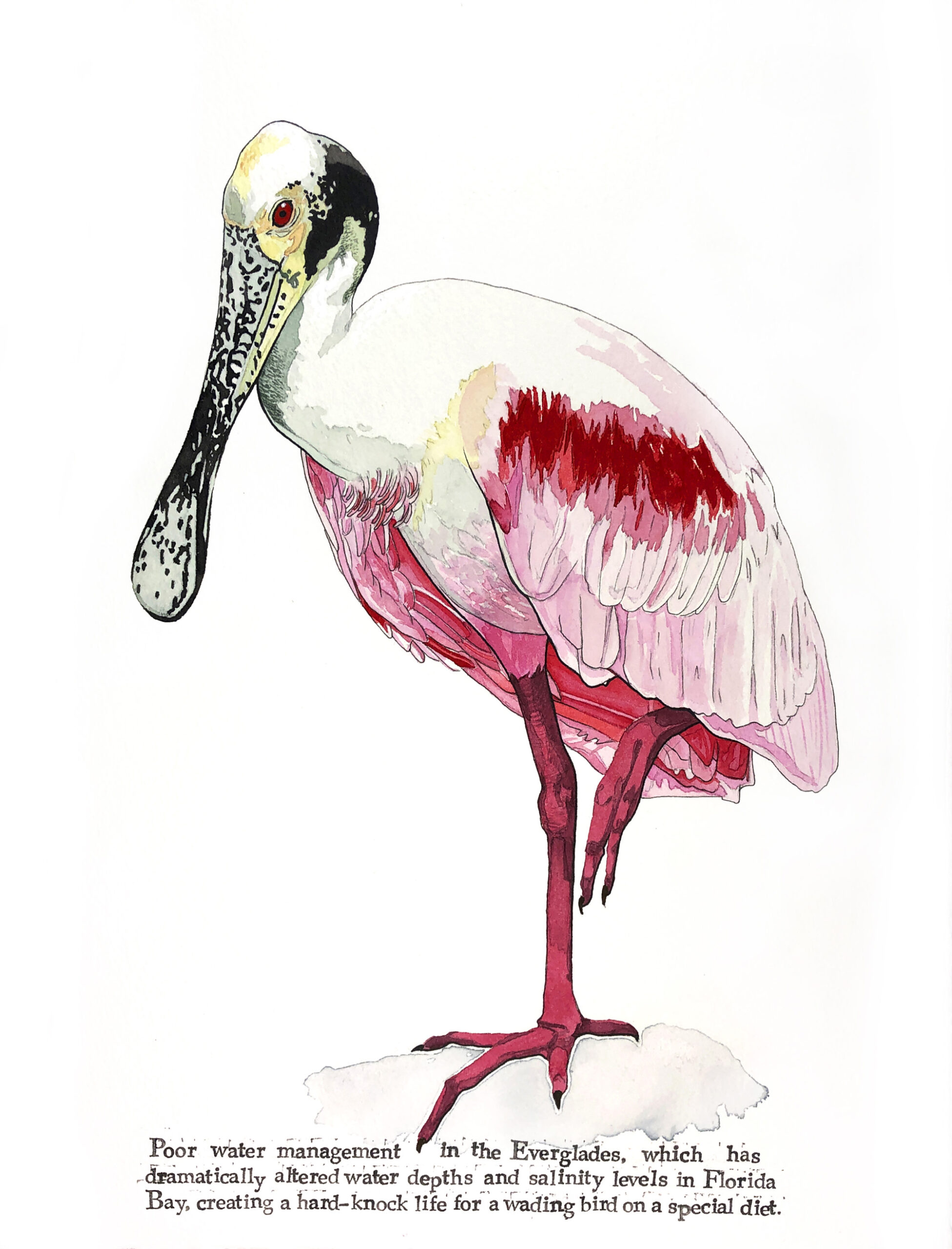 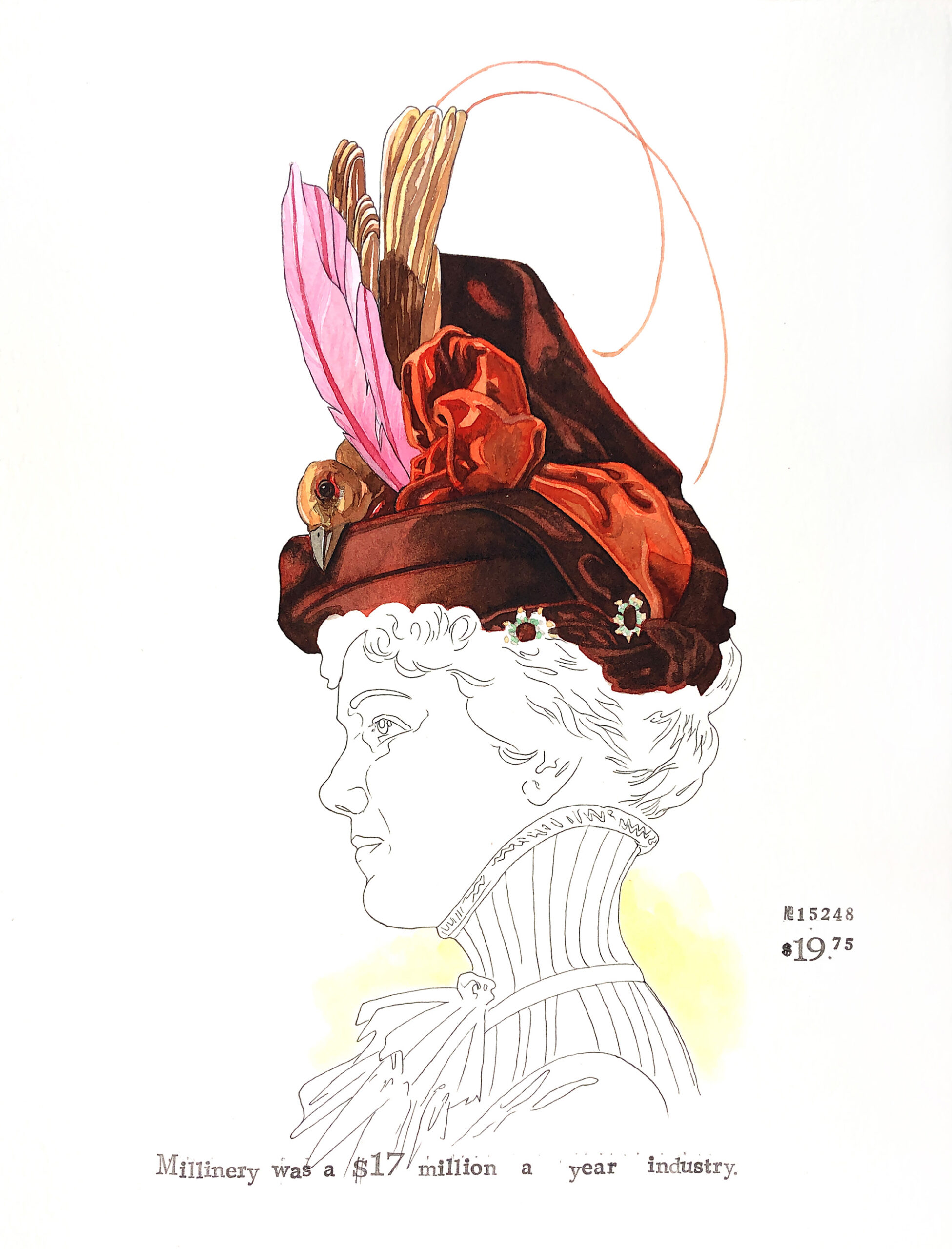 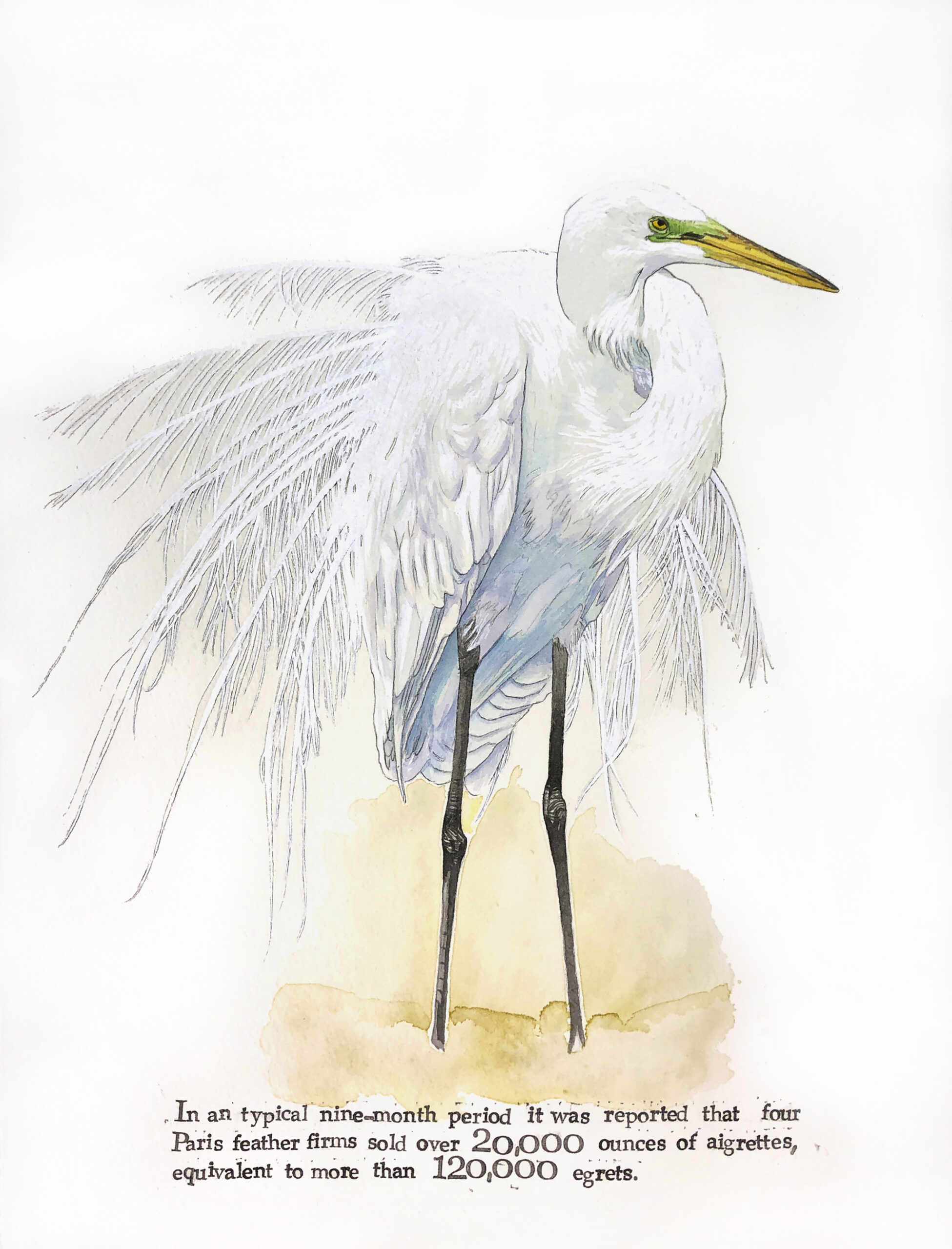 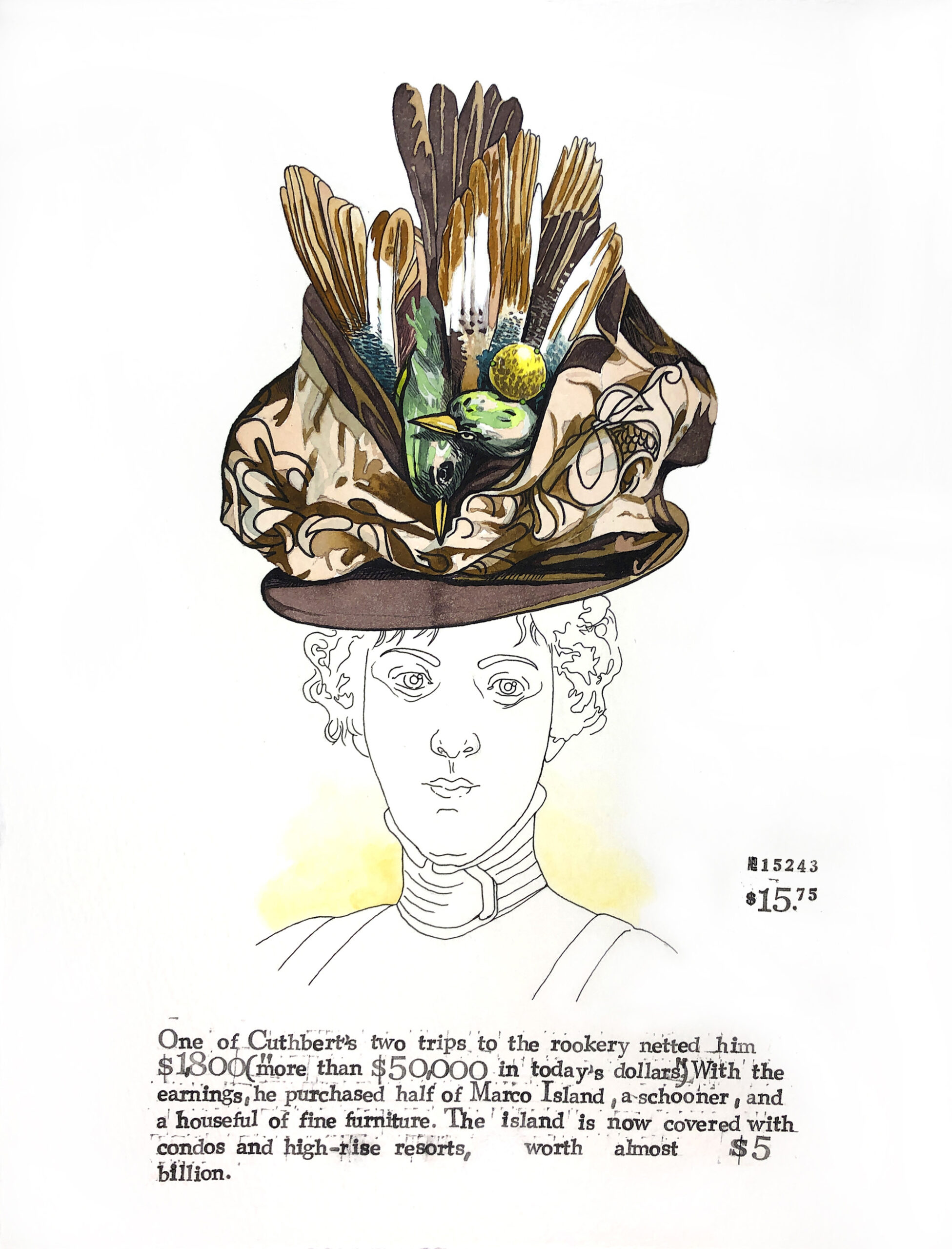 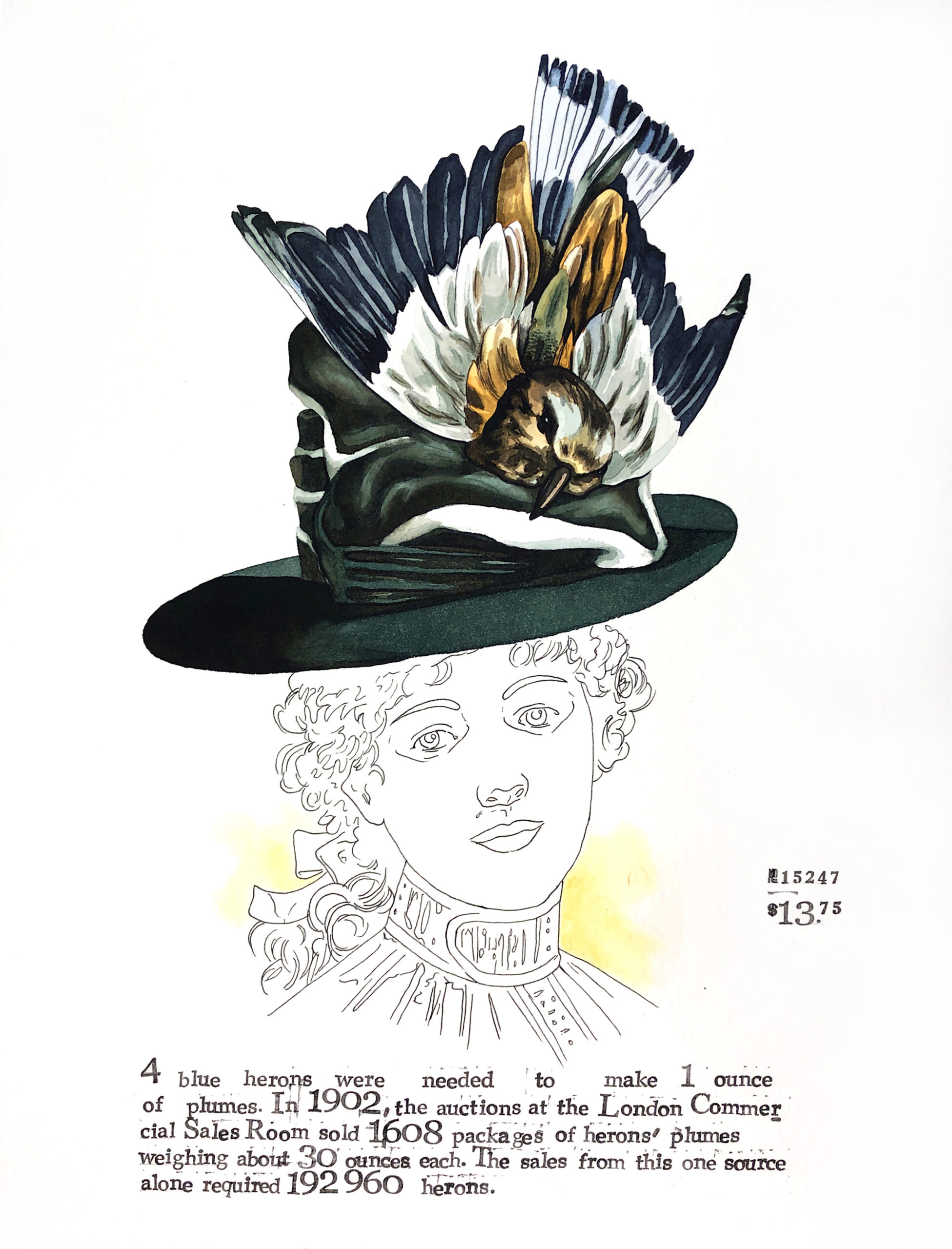 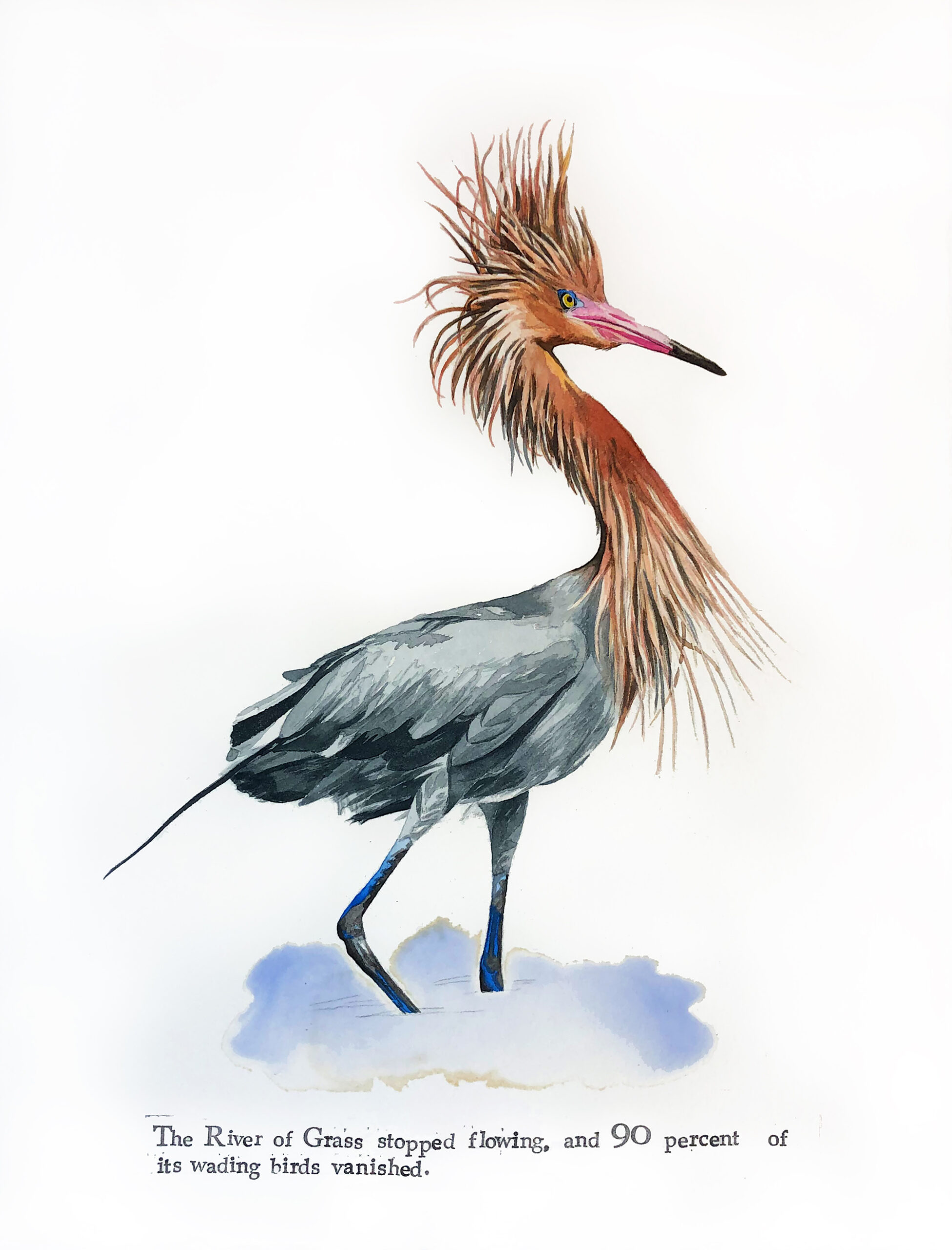 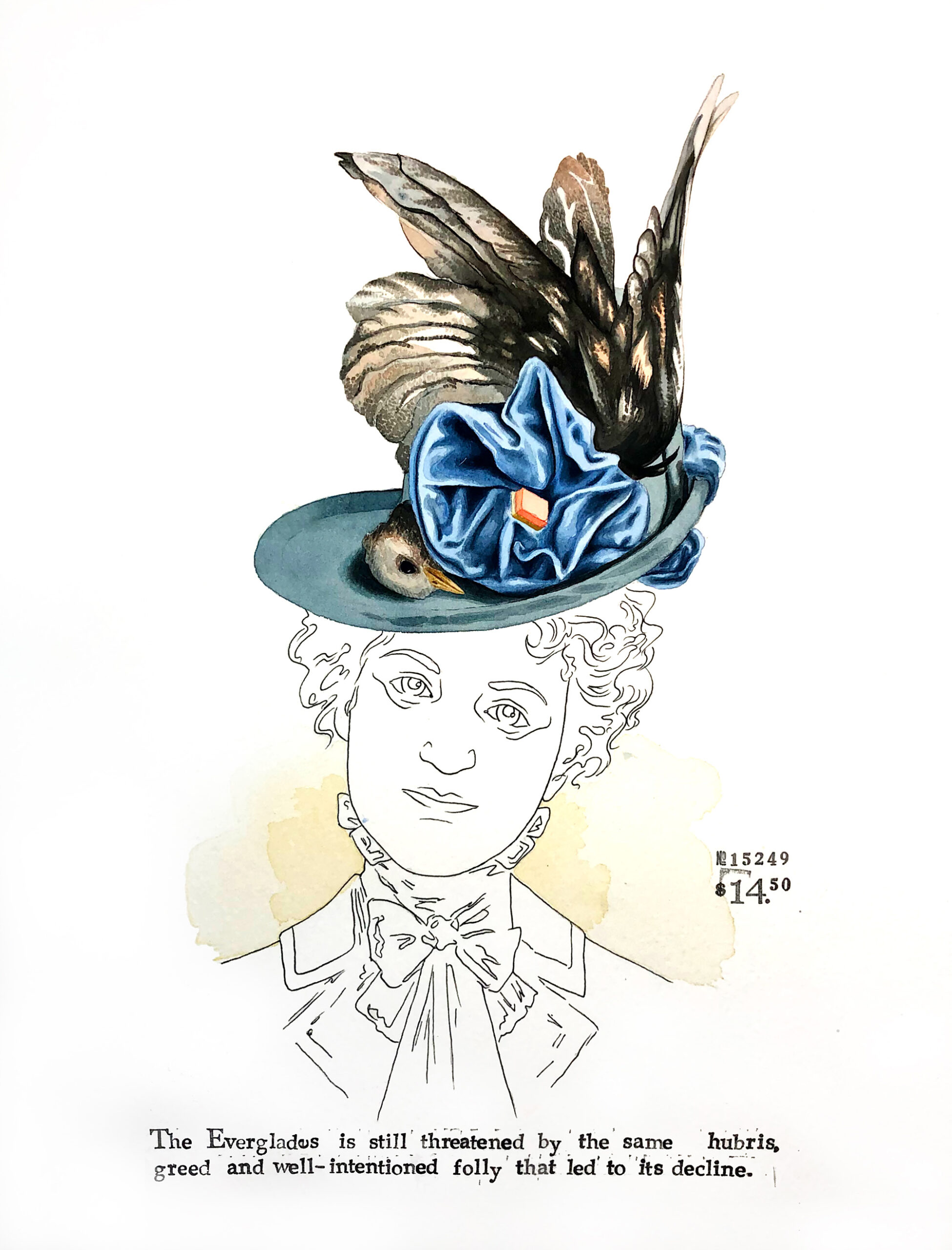 On the Altars of Vanity

The Everglades is the largest subtropical wetland of its kind in the U.S., located in the southern portion of Florida. It is a habitat of great ecological importance, where diverse species coexist; it is the home of endangered, rare, and exotic wildlife. From the end of the 19th century to the beginning of the 20th century, the large millinery industries worldwide were setting fashion trends in those times, which involved elegant feathers, from innumerable birds around the world, on their hats. The Everglades, with its rich fauna and variety of bird species, became one of the biggest feather providers, satisfying the tremendous demand from the fashion stylists of New York, Paris, and London. Without laws protecting them at the time, feather hunters and hat manufacturers made the Everglades an absolute nightmare for these birds, to the point of bringing them to almost total extinction.

Currently, government intervention, by way of laws and penalties, is one of the cornerstones for the care of these birds. However, embezzlement, rerouting, and control of the waters of the Everglades, due to interventions from large real estate entrepreneurs and their periodical construction of artificial lakes to increase the prices of the properties, contribute to the drying and destruction of their natural habitat bringing us to a second extinction of the same species of birds, a century later and for the same reasons — profits and social status. This piece, composed of videos, drawings, and photographs, is an installation where these two moments converge.