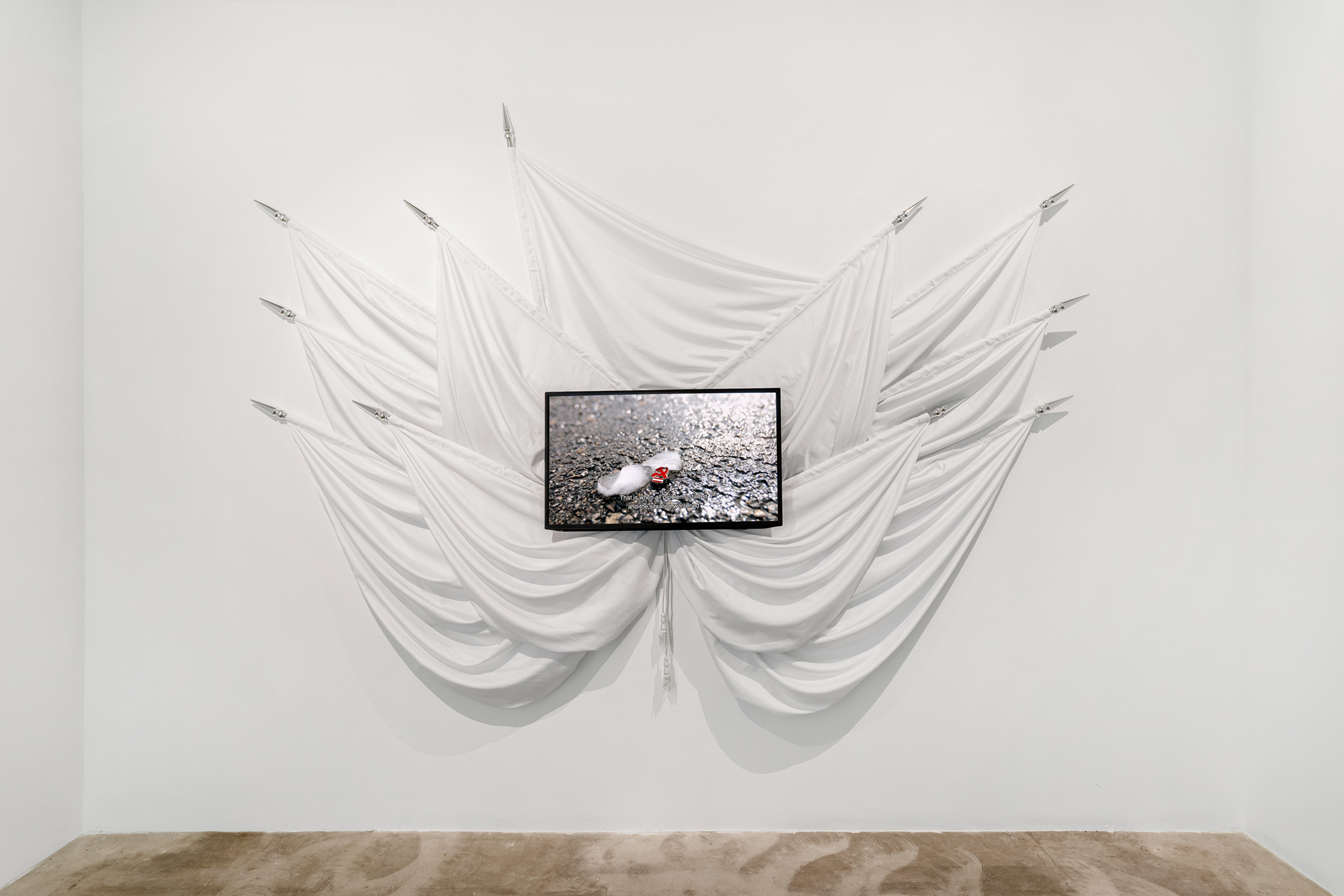 Austria is one of the countries where many long for the Communist system. This piece involves the construction of a fog catcher to collect fog in different places in this country. After accumulating water due to condensation of fog, it has taken to Cuba to be frozen in it a pin representing the Communist Party of Austria, which had been given to the artist by a party’s loyal member. Once the water froze with the pin inside, the artist placed the ice at the Revolution Square in Havana, where it gradually melted. The video also has an interview in German. This person comments on the rules of the Communist Party and the benefits that it would currently offer to Austria if it ever comes to have such a system.  The video shows both viewpoints regarding the communist and the capitalist systems, although there is a moment they blur into each other. The third option is the bullet that has not yet been shot and could be the real solution. Here is represented by the white flags shown in the video installation.